How to pronounce Yserbius? 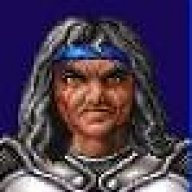 #1
Funny that after all these years I'm still not sure how to pronounce Yserbius. How do you pronounce it?

I have always said Yserbius as "Ya`serbius" Slo 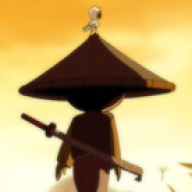 #4
If we ever find the pronounciation of designer Joe Ybarra's name, I bet that would provide a hint. 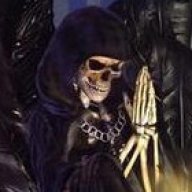 #5
A word of wisdom: Do NOT by any means call it Ozerbius, especially when casting a spell. Alternate dimensions and realities can clash causing terrible things to result (such as munchkins appearing in the wrong places).

My fellow minions and I pronounce it Yuh-serbius. 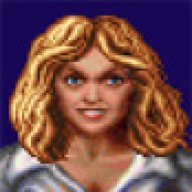 #6
Yuh (very very soft, not like you're from the south) serbius

#7
I and most of the folks who talked outside of text form (phones, vacations etc) always pronounced it

Which in no way limits you from pronouncing Birdwyser like "I", because I think an owl from the forest of "Ell should be named after a cheap skunk beer.

*flags the conversation back towards the main road*

#9
My friend from Australia who used to live one block away from me would always pronounce it Yeeserbius. That was my first aural exposure to the word, so I've always used that.
S

#10
I pronounce it (ih-serbius), for several different reasons..

Y -> I is a linguistics trend in many languages, dead and alive
cf. english (where Y and I have been mostly merged), welsh (still using Y, cf. dafydd for david) and in many other languages (notably the transcription of the play 'Tristan u Yseult' as 'Tristan and Isolde')

The name Yttrium, an element, is pronounced as "Ittrium", not "Yuhttrium".

Yesterday, Yeast, Yes, etc... as a consonant
Yserbius, Ybarra, Yttrium, Yseult, etc... as a vowel, short I or long E.

obtw. Ybarra is pronounced "e-(B)AR'-ra" with a long E and a rolled r, and a b somewhere between B and V (the spanish "be grande".)

#12
Sombra said:
Yuh (very very soft, not like you're from the south) serbius
Click to expand...
That's how I said it, too. And a co-worker of mine knows Joe Ybarra -- it's EE-bah-ruh. (Edited because I actually heard his voicemail today on speakerphone, it's EE-bah-ruh not Yuh-bah-ruh as I thought).
S

#13
better to overanalyze than to underanalyze.

Nah. Linguistics is one of my hobbies though. (I'm an English person.)

#14
it was cool reading that, SZ.. don't let anyone tell ya otherwise
H

#16
Hicksman! Where in the blue blazes ya been? We're 'bout to send out the search party
I

#17
SirZantac said:
I pronounce it (ih-serbius), for several different reasons..
Click to expand...
pronounce it the same way. Being from California where Spanish is blending in with English it just makes sense to me to pronounce it that way, but it is fun and interesting to see other's pronounciations. 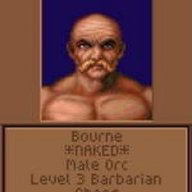 #18
Where's Ken when you need him? The bastard is probably still behind the walls in Windybless trying to spy on me...